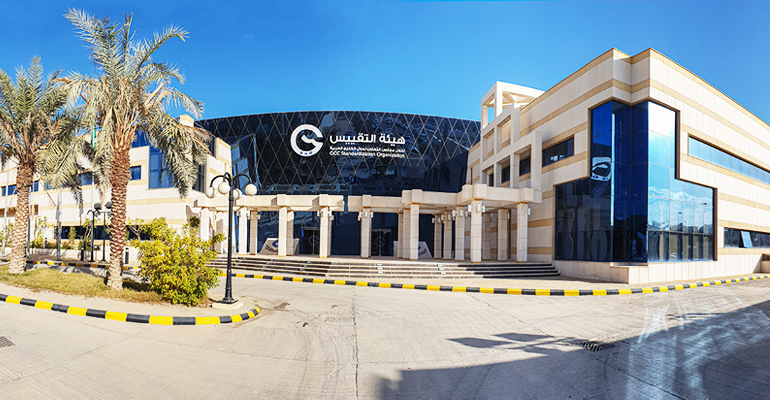 GCC Standardization Organization (GSO) is a Regional Standardization Organization (RSO) which was established by the resolution of the GCC Supreme Council (22nd Session, Muscat, Oman, 30-31 December 2001) and assumed its operation in May 2004 with the membership of the governments of The State of the United Arab Emirates, The Kingdom of Bahrain, The Kingdom of Saudi Arabia, The Sultanate of Oman, The State of Qatar, and The State of Kuwait, and the Republic of Yemen, which joined in January 2010.

The Standardization Organization for the Cooperation Council for the Arab States of the Gulf (GSO) aims to unify the various standardization activities and follow up their implementation and commitment to them in cooperation and coordination with the National Standardization Bodies in the member states, in a way that contributes to the development of their production and service sectors, the development of intra-trade, consumer protection, environment and public health, and the promotion of Gulf industries, products and services in order to support the Gulf economy, preserve the gains of member states, and contribute to reducing technical barriers to trade, in line with the objectives of the GCC Customs Union and the Gulf Common Market.

We had welcome your feedback!

Thank you so much for visiting our website. Help us to improve your experience by taking our short survey.

By clicking Yes, you will be redirected to the survey page.